Should you decide to join our customer’s database, Your email details will be kept totally confidential.

We look forward to our steeves customers to joining our customer website database, so we can inform you of any new products that become available from steeves. 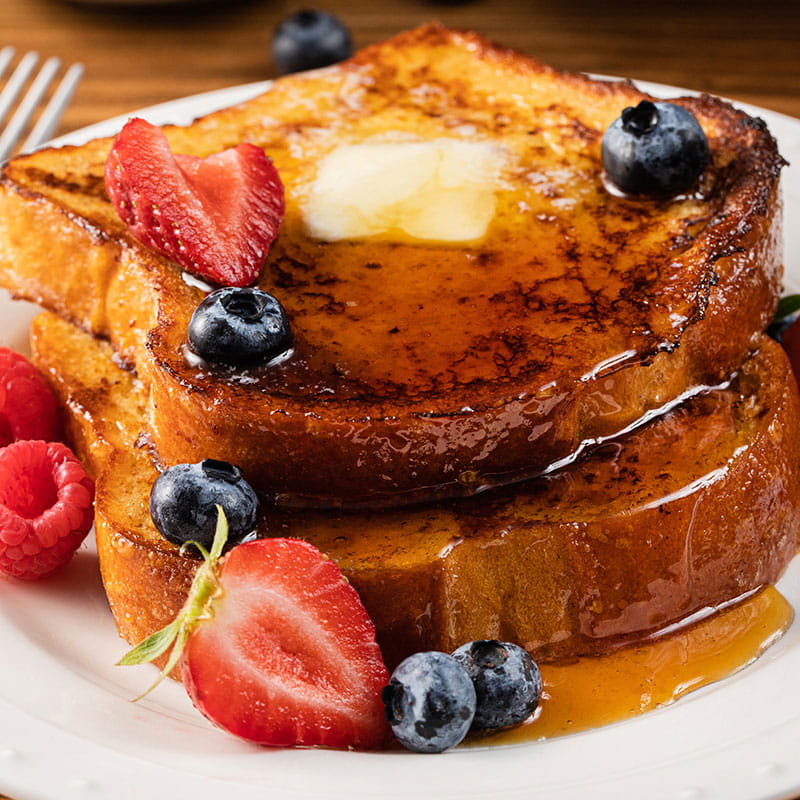 Beat eggs with syrup. Add milk, cream salt and nutmeg. Dip bread slices, one at a time in the mixture. Dry and fry in hot, buttered pan on both sides. 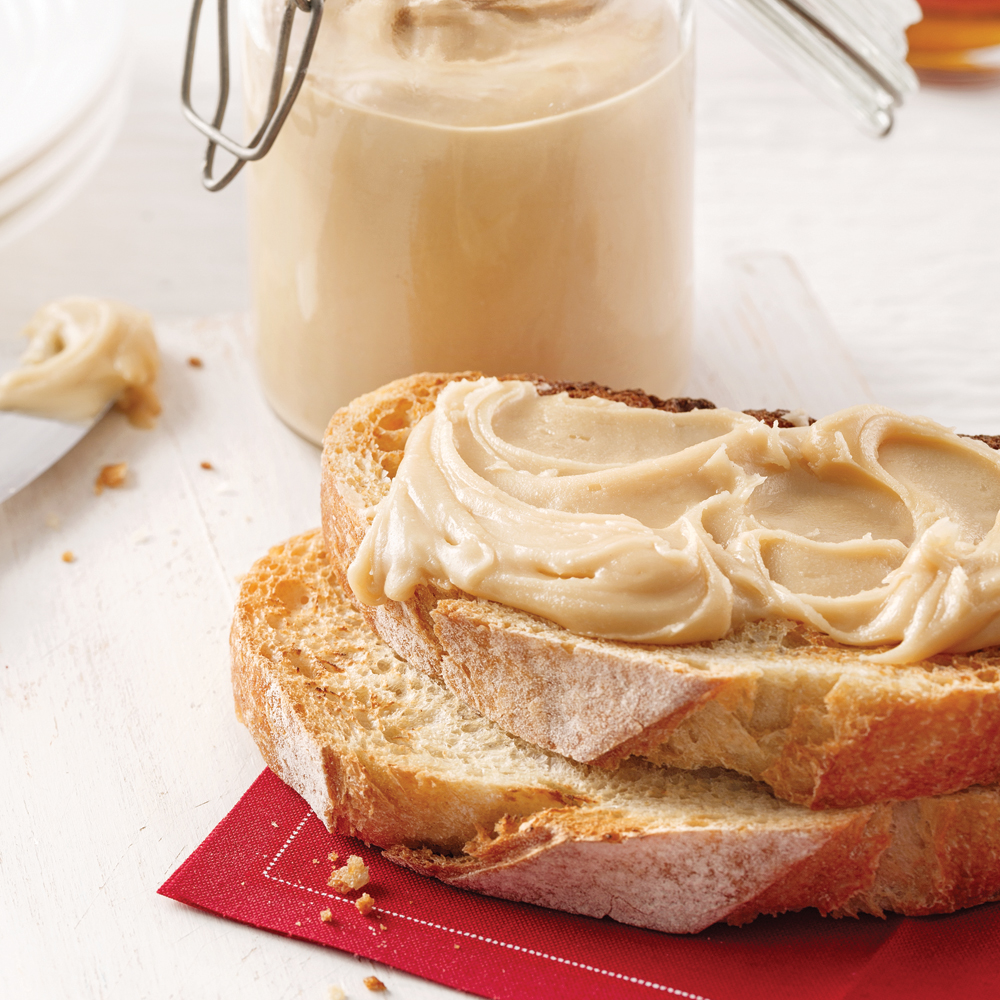 Scald 1 ½ cups milk and steeves maples maple syrup in top of double boiler. Combine remaining milk with cornstrach and salt. Add to hot mixture. When cooked, add the eggs and cook a few more minutes. Pour into baked pie shell May be topped with meringue or whipped cream. 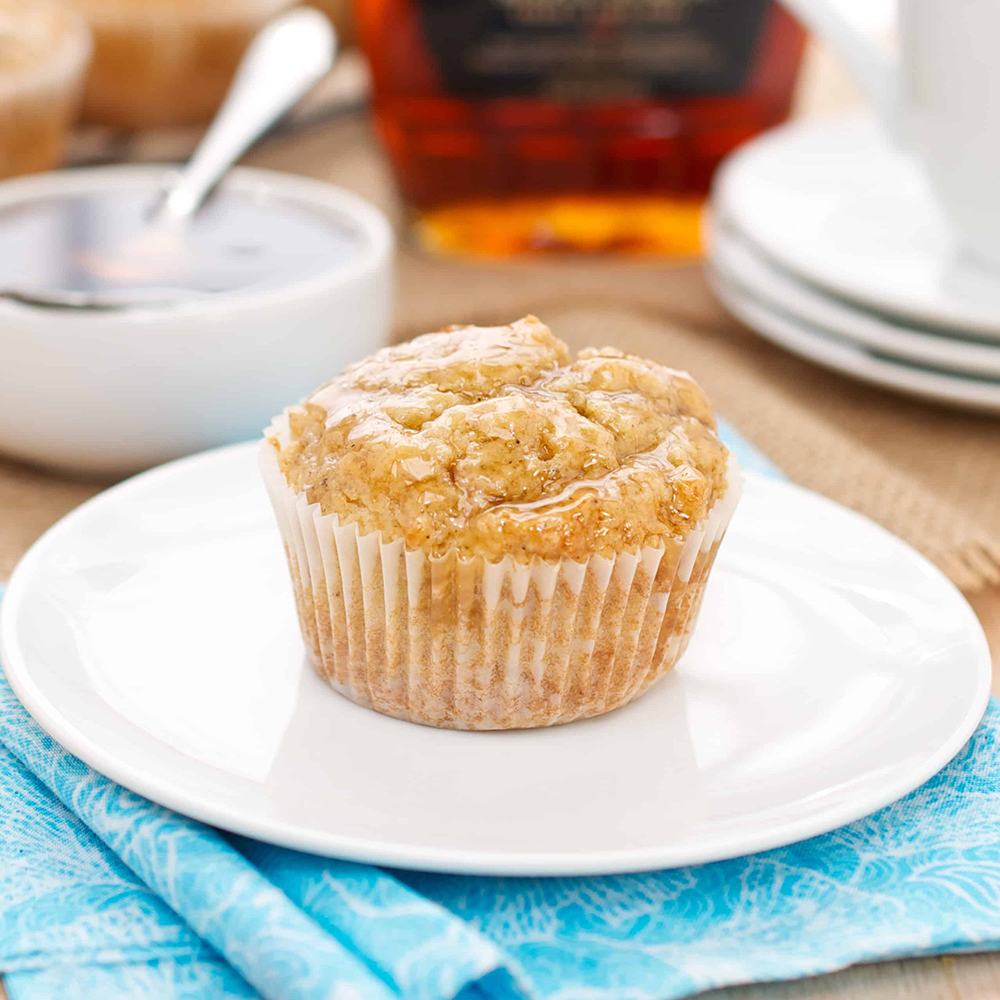 Soften margarine, then blend in sugar and salt. Add dry ingredients and blend with pastry cutter until crumbly. Mix in oats. Blend milk and steeves maple syrup together, pour over dry ingredients and, stir only to moisten. Bake at 350 degrees for 20 minutes. 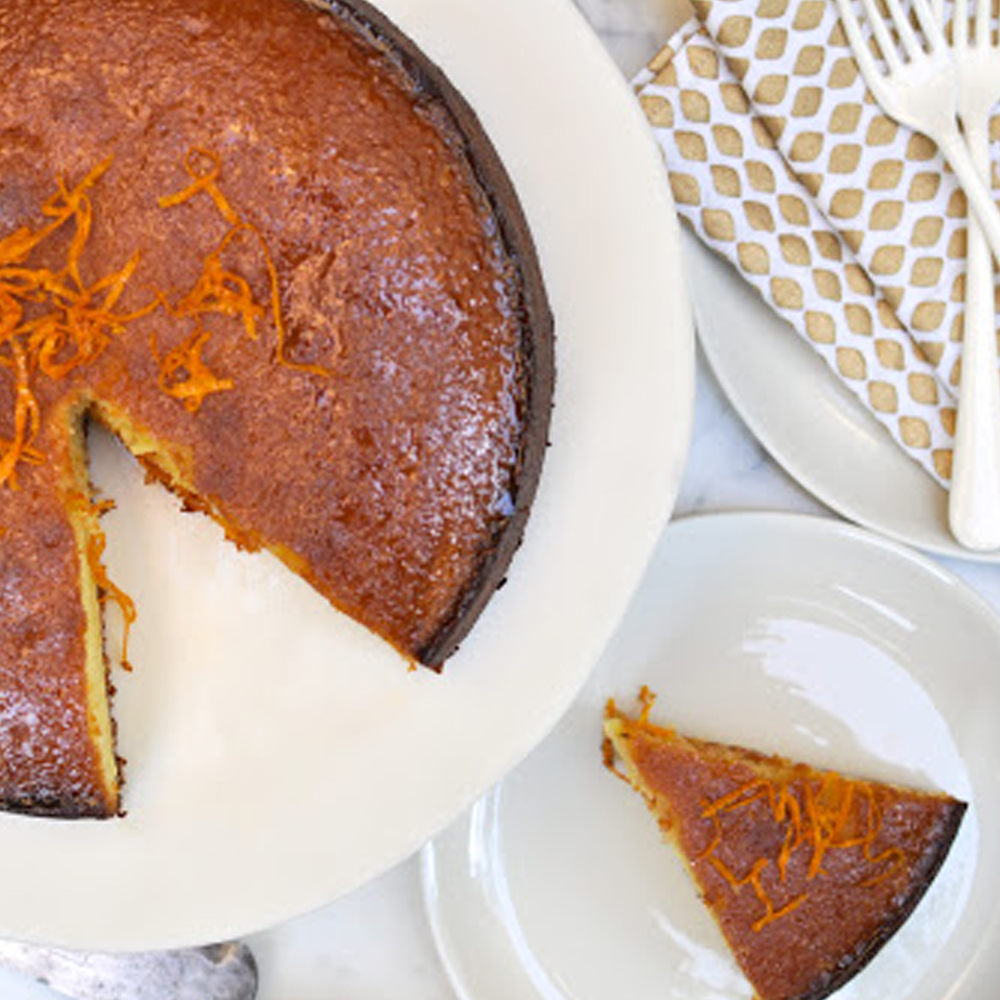 Mix dry ingredients.Cream butter, sugar and vanilla. Add eggs one at a time. Add dry ingredients alternately with water and steeves maples syrup. Mix well but do not overbeat. Spread batter in two 8 inch round pans. Bake at 375 degrees for 25 to 30 minutes. Combine first four ingredients in top of double boiler and beat with mixer 5 to 7 minutes. Remove from heat and then beat in vanilla. 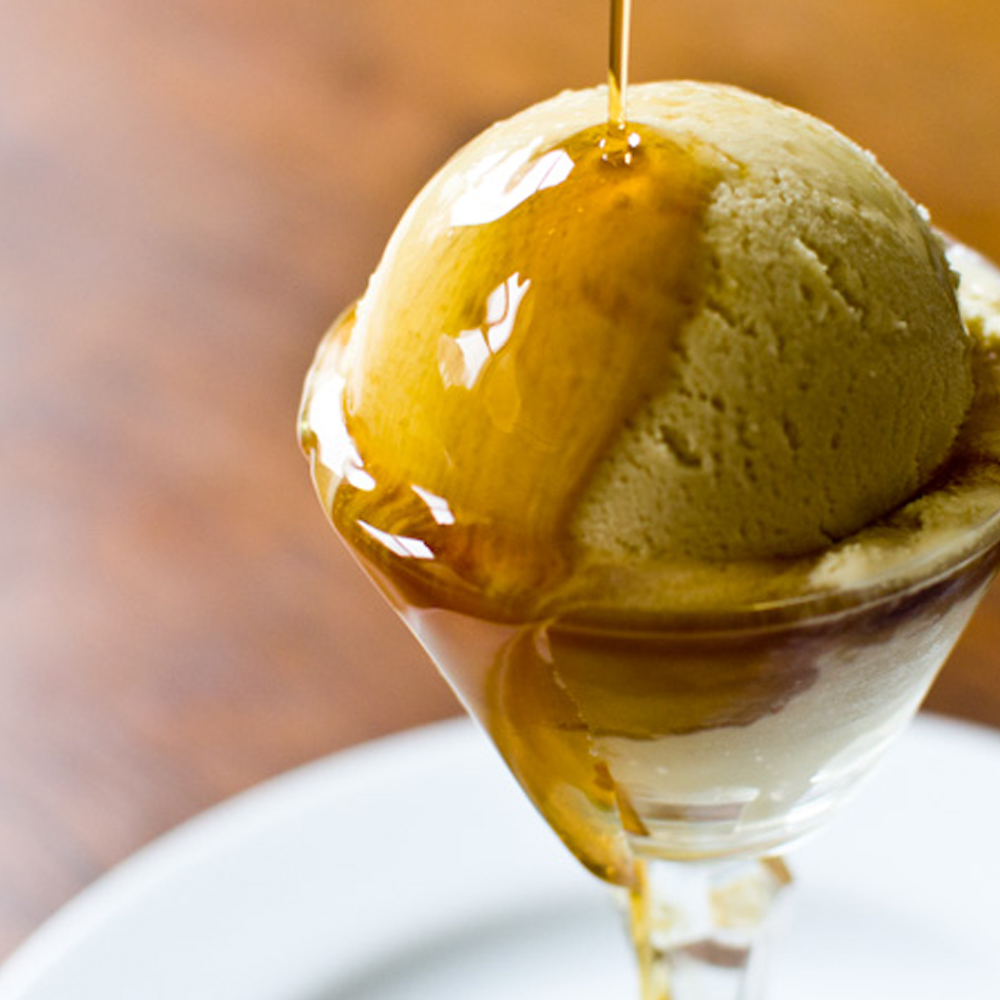 Boil syrup for about 5 min. Mix yolks with milk. Slowly add syrup to egg mixture. Stir constantly. Allow to chill. Beat egg whites until they form stiff peaks, and then add to chilled first mixture, alternately with  cream. Place in freezer and allow to gel slightly. Then remove and beat with a whisk or fork. return to freezer. Half hour later, remove again and beat once more. Then allow to freeze and enjoy. Rub steak with mustard, please in a baking pan and add some syrup. Bake 1 hour at 176.66° degrees C or until the meat is tender. The whipping cream must be very cold. Whip cream until it begins to thicken. Then add syrup very slowly, continuing to beat mixture until it retains its shape. Serve with cake, pudding, etc. 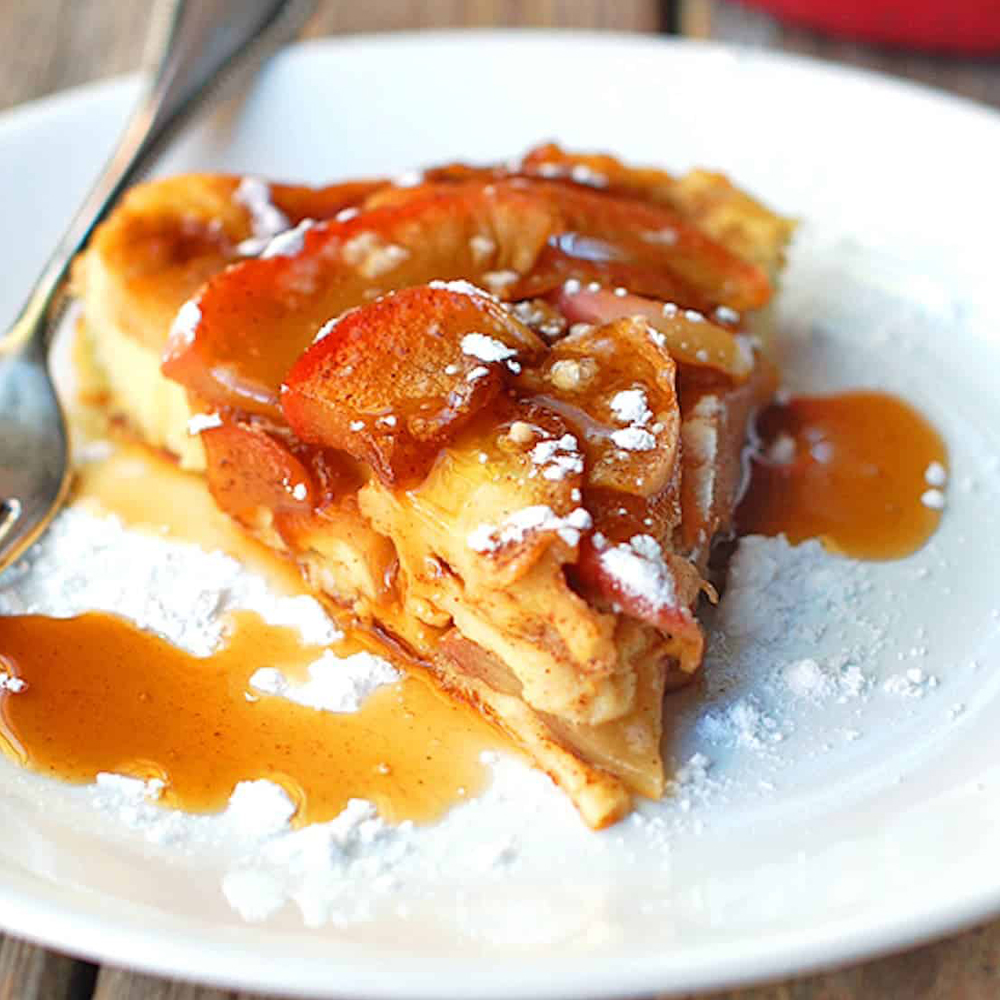 Core an apple. Fill core cavity with equal amounts of butter & syrup to which a few raisins & a dash of cinnamon have been added. Bake & serve hot. In a heavy fry pan, brown chops in hot oil. Season lightly with salt & pepper. Remove chops from pan. Add flour to oil remaining in pan, stir to blend. Remove from heat. Mix apple juice with syrup. Gradually add to flour mixture. Return to heat & stir until sauce thickens. Add chops. Cover & simmer for 30 mins over medium heat or bake in the oven at 350F (180c) for one hour.
Core apple & slice. Place slices on chops. Cover & cook until chops are done, about 15 min longer. The syrup should be thick & smooth. 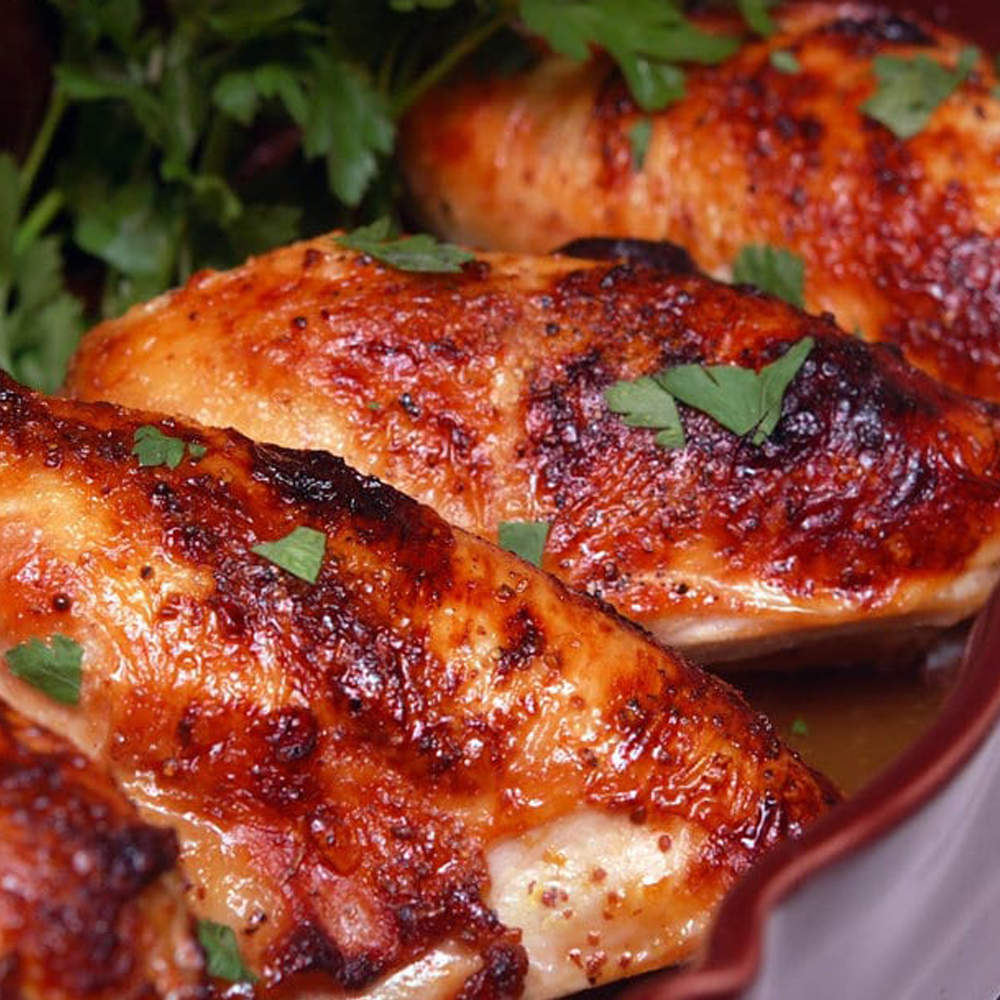 Pour the maple syrup & water into a large pot. Mix the dry ingredients in a bowl. Cut in the butter until mixture is coarse. Pour milk into the centre of mixture. Rapidly mix the dough with a fork until it just pulls together. Drop spoonfuls of dough into the boiling syrup, spacing evenly. Cover and let simmer over medium heat for 15 mins. Serve immediately.

To place on baby greens:

Boil maple syrup to softball stage, about 240 degrees F (approx. 116c). Remove from heat & add sticks of butter. (If butter is frozen it will cool down mixture faster). Stir slowly until butter is completely melted, then set bowl into a pan of ice water & mix with an electric mixer until cool & thick. Pour into desired containers.

Put a little butter on the sides of a heavy kettle so the syrup will not boil over. Boil to 232 degrees F (approx. 111c). Do not stir. Cool to room temp. Stir until creamy & pour into desired containers.
Yields 2 pounds (approx. 900grams)

Mix all ingredients well. Spread out on cookie sheets & bake at 325F (160c) for about 1 hour or until golden brown. Stir occasionally & store in cool place.

Beat eggs; blend in sour cream & milk. Stir in soda, tartar and enough flour to make a soft dough. Roll dough on lightly floured board to about 3/4 “. Cut in strips/circles, fry in hot deep fat. Serve with warm maple syrup.

Cover 1-2lbs of skinless sausage with small amount of water. Cool for 10 minutes at 325F (160c). Remove from oven, pour Steeves Maples Canadian Syrup over the sausages & bake until tender. Just before serving, remover the cover & brown the sausages. Steeves Maples Canadian Syrup adds to the taste of Polish sausage, cut into 2” chunks and simmer in syrup.

Pare & slice the apples. Add syrup to butter. Cook slowly until apples are tender. Pare potatoes, boil, slice half into well-buttered pan. Spook half of syrup mixture over potatoes. Repeat. Sprinkle with buttered crumbs & bake at 400f (200c) until reheated & crumbs are toasted.

Filling: In a deep, heavy saucepan, boil maple syrup over med to high temp for 5-10 mins without stirring. Syrup should reach the soft ball stage, aft 10 mins put a few drops of the liquid into a cold glass of water to see if it forms a ball, then it is ready. Remove from heat & let cool. Syrup should be reduced by half.
In another bowl beat 3 eggs lightly & gradually add syrup, beating at med speed. For the next 5-10 mins increase speed to high until mixture has thickened. Let cool. In a separate bowl, beat cream cheese until light & fluffy, beat in flour. Gradually beat in the maple syrup mixture and vanilla.
Pour filling onto crust. Bake in 425F (220c) over for 10 mins, reduce heat to 250F (130c) and bake for 45-55 mins longer or until centre of cake is firm to the touch. Run knife around edges of pan, cool completely and remove from sides of pan. Chill well.

Garnish: Whip the cream, Using a pastry bag, pipe cream around the edges of the cake. Sprinkle with chopped toasted almonds

In a mixing bowl, cream together butter & sugar. Beat in eggs, vanilla, lemon juice & nutmeg, blend in maple syrup. Stir in raisins. Pour into unbaked tart shells. Bake in 375F (190c) over for 20 mins or until pastry is golden & filling has set. Makes 18 tarts.

In a large bowl combine flours, baking powder, soda, salt & cheese. Combine syrup, beaten egg & buttermilk. Add wet ingredients to dry ingredients & mix until thoroughly combined. Knead a few times on board which has been sprinkled with oats. Mould dough into ball shape on greased cookie sheet. With sharp knife cut an X into the top. Bake at 375F (190c) 55-60 mins (sprinkle with grated cheese during last 5 mins of baking) or until bread sounds hollow when tapped. Cool completely.

Butter a 1Litre glass mould & spoon maple syrup into it. Beat eggs, egg yolks & sugar lightly with a fork. Add vanilla, evaporated milk, using the milk can as a measure add 1 can of water. Beat Lightly. Pour into mould. Stand mould in baking pan. Fill with 2” of water. Bake at 325F (170c) for 1 ½ hours or until custard is set. When done a knife inserted into centre will come out clean. When thoroughly chilled, unmould to serve.

In a saucepan combine molasses & maple syrup. Heat to boiling, add butter. Stir until melted & well blended. Combine flour, sugar & ginger, gradually blend into syrup mixture. Place teaspoonsful of dough about 2” apart on greased cookie sheet. Bake no more than 6 at a time. Bake at 300F (150c) about 12-15 mins until golden brown. Cool 3 mins. Roll each cookie lacy side out around handle of wooden spoon. Return to oven to soften if cookies harden too much before rolling. Cool. Fill with whipped cream. Makes 4 dozen.

Heat & stir to blend, then serve over pancakes, waffles & etc.

Find out about our products imported by Advanced BrokerageAustralia Pty Ltd Since 1869, the Steeves family has a steep tradition in the maple industry. Committed to innovation, Steeves developed (with food scientists) a proprietary formulation for a maple flavoured syrup that holds the same molecular characteristics and usage as pure maple. For over 25 years we have produced and exported these products with consistency in color and flavour at a fraction of the cost of pure maple syrup.
Facebook Twitter Youtube